Estimating dynamic treatment regimes (DTRs) from retrospective observational data is challenging as some degree of unmeasured confounding is often expected. In this work, we develop a framework of estimating properly defined optimal DTRs with a time-varying instrumental variable (IV) when unmeasured covariates confound the treatment and outcome, rendering the potential outcome distributions only partially identified. We derive a novel Bellman equation under partial identification, use it to define a generic class of estimands (termed IV-optimal DTRs), and study the associated estimation problem. We then extend the IV-optimality framework to tackle the policy improvement problem, delivering IV-improved DTRs that are guaranteed to perform no worse and potentially better than a pre-specified baseline DTR. Importantly, our IV-improvement framework opens up the possibility of strictly improving upon DTRs that are optimal under the no unmeasured confounding assumption (NUCA). We demonstrate via extensive simulations the superior performance of IV-optimal and IV-improved DTRs over the DTRs that are optimal only under the NUCA. In a real data example, we embed retrospective observational registry data into a natural, two-stage experiment with noncompliance using a time-varying IV and estimate useful IV-optimal DTRs that assign mothers to high-level or low-level neonatal intensive care units based on their prognostic variables. 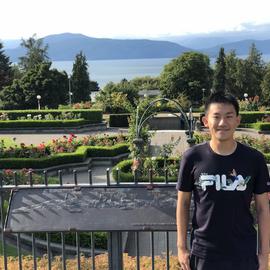